This is an authentic vintage tribal Persian Hamadan runner hand-knotted in Persia with an all wool pile with abrash on a cotton foundation. There is some very minor wear on the pile, see photos, this rug is in very good condition.

Hamadan or Hamedan is the capital city of Hamadan province, Iran. This city is considered to be one of the oldest cities in the world. Hamadan was established by the Medes and was the capital of the Median Empire. Rugs from Hamadan are woven in the city of Hamadan and its surrounding districts. There are hundreds of villages outside of Hamadan, each of which has its own characteristic style of carpet-weaving. Many villages specialize in producing two or more styles. Hamadan rugs are known by their distinctive color palettes, which are dominated by indigo blue and vibrant red hexagonal or diamond-shaped design elements on ivory, red, blue, or brown backgrounds. Design elements include geometric figures, floral designs, jagged lines, and hooks. Hamadan carpets are woven from handspun wool that has been colored with natural dyes. 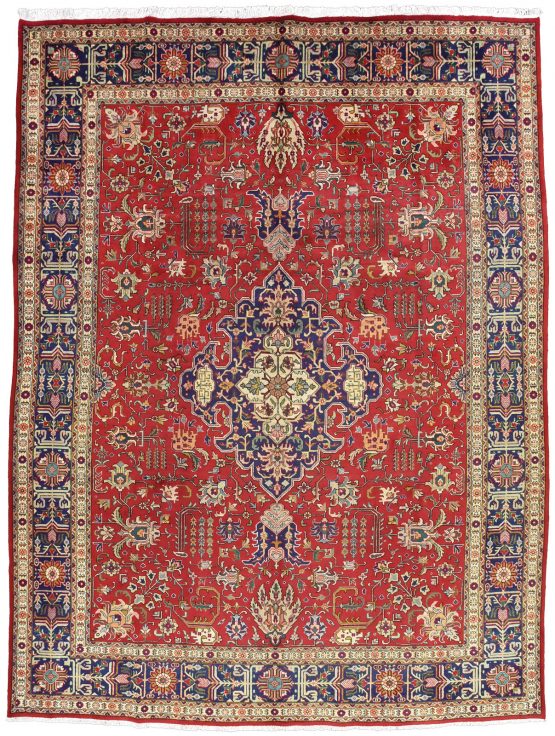