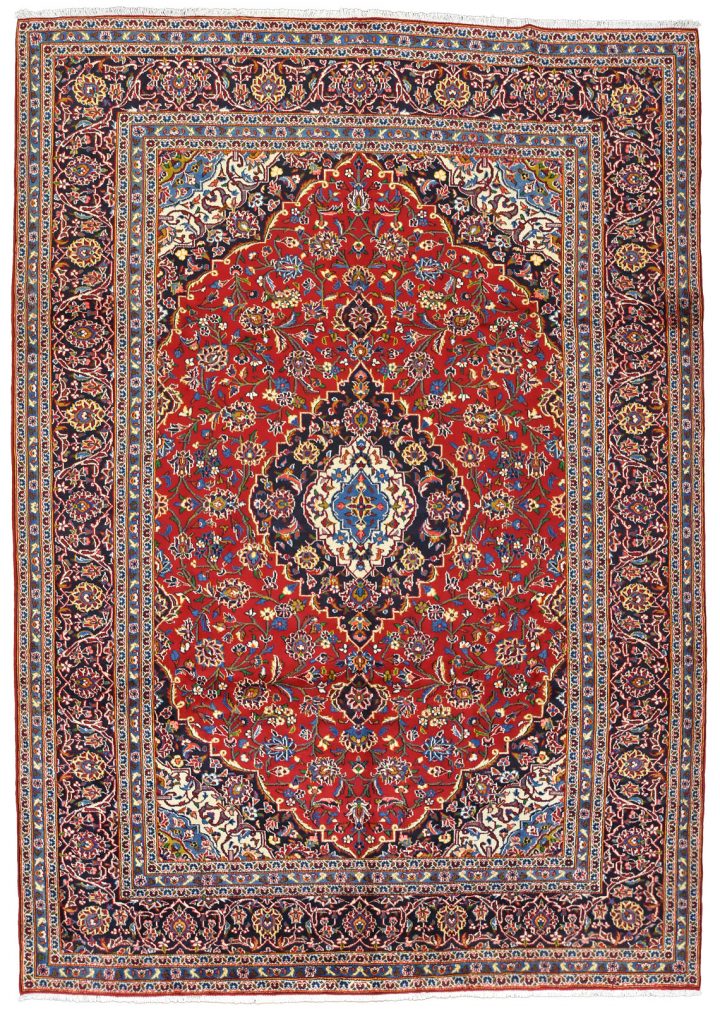 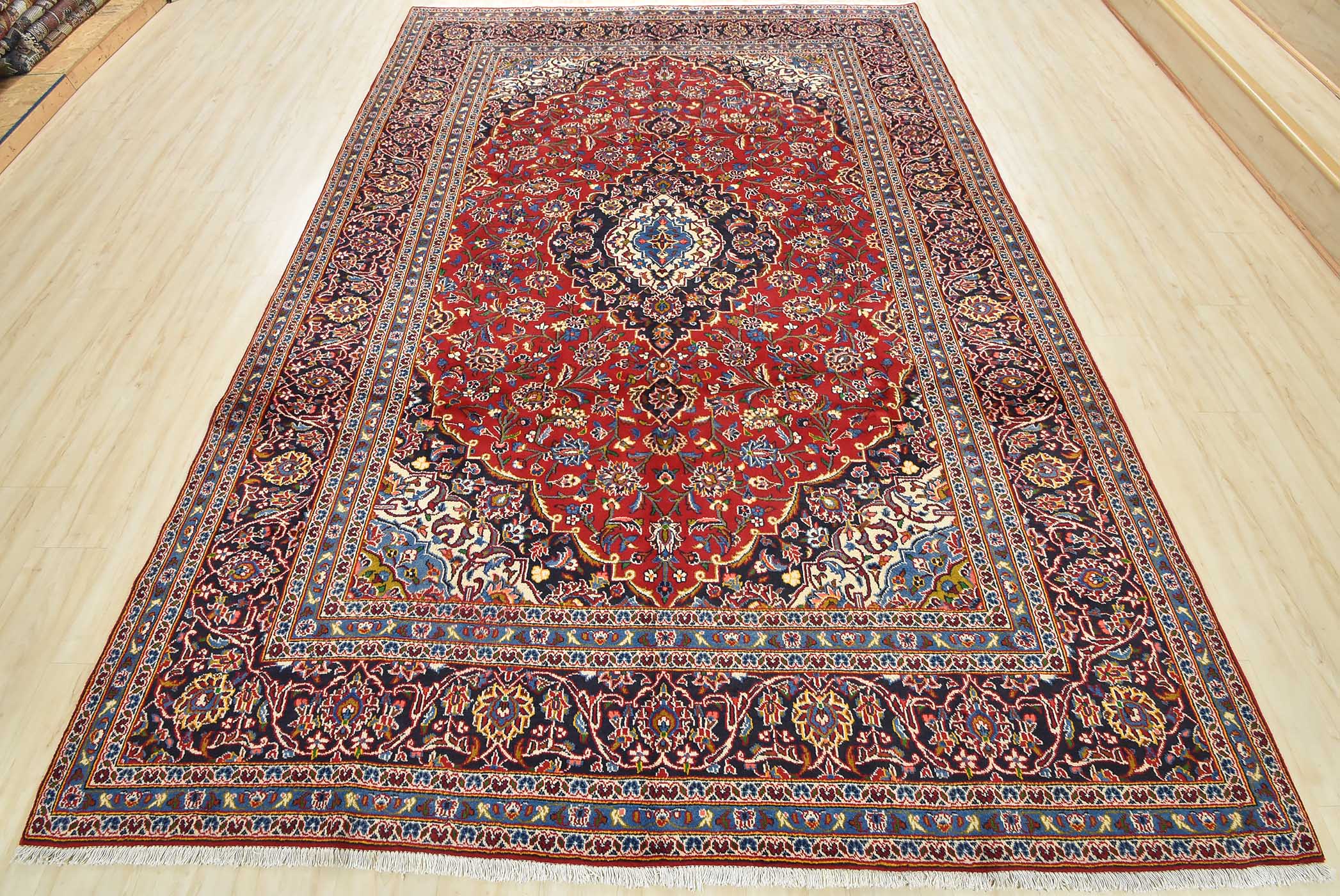 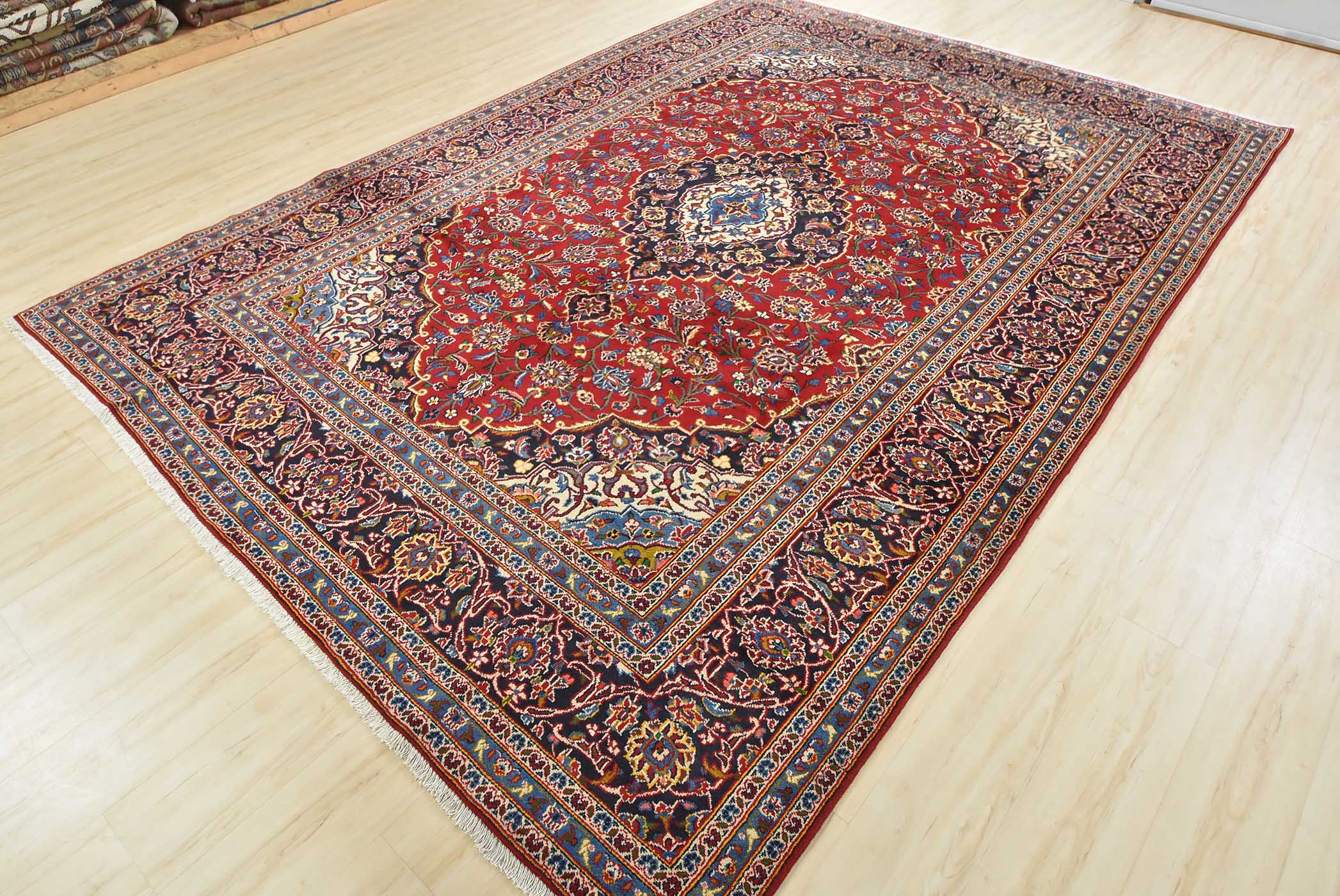 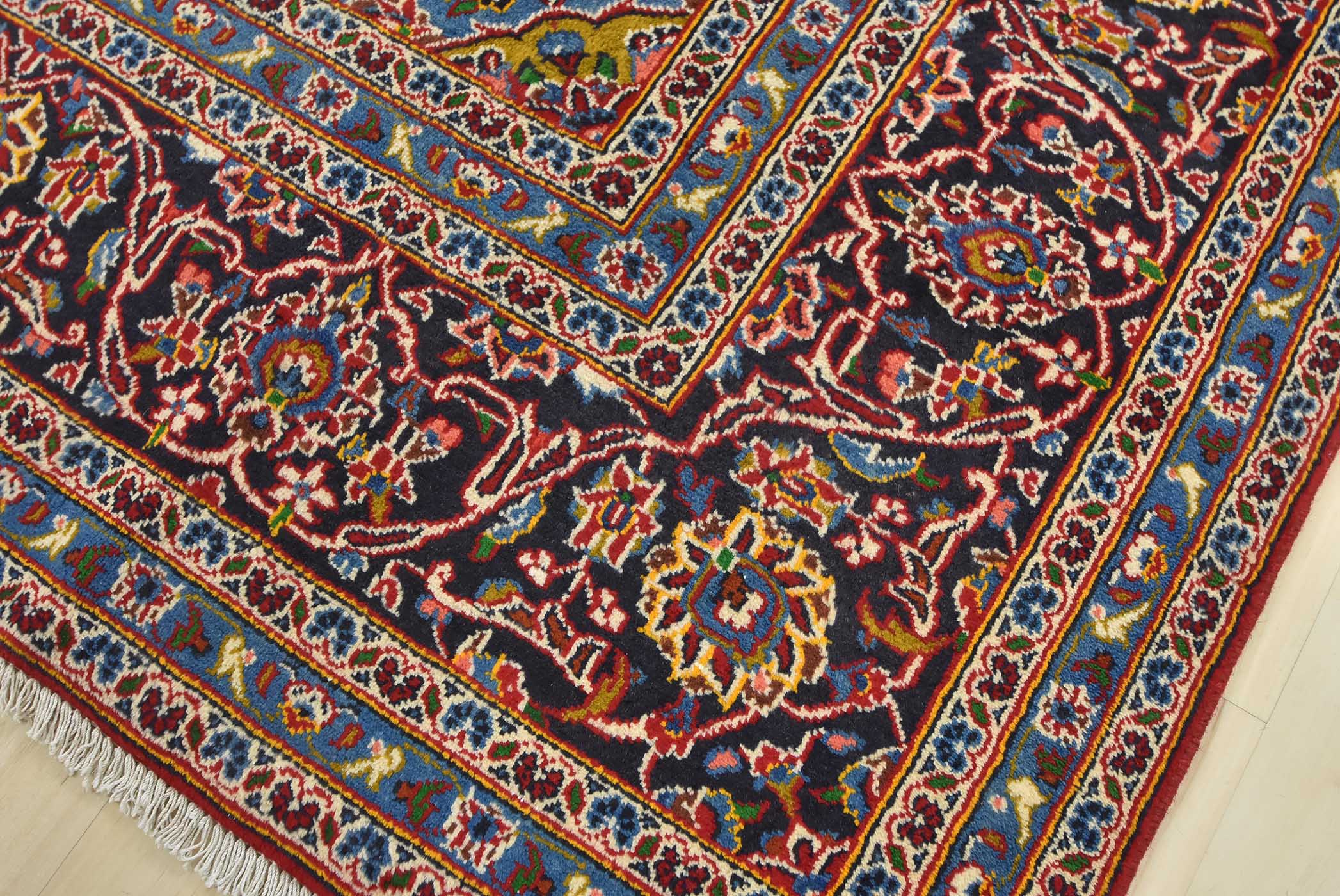 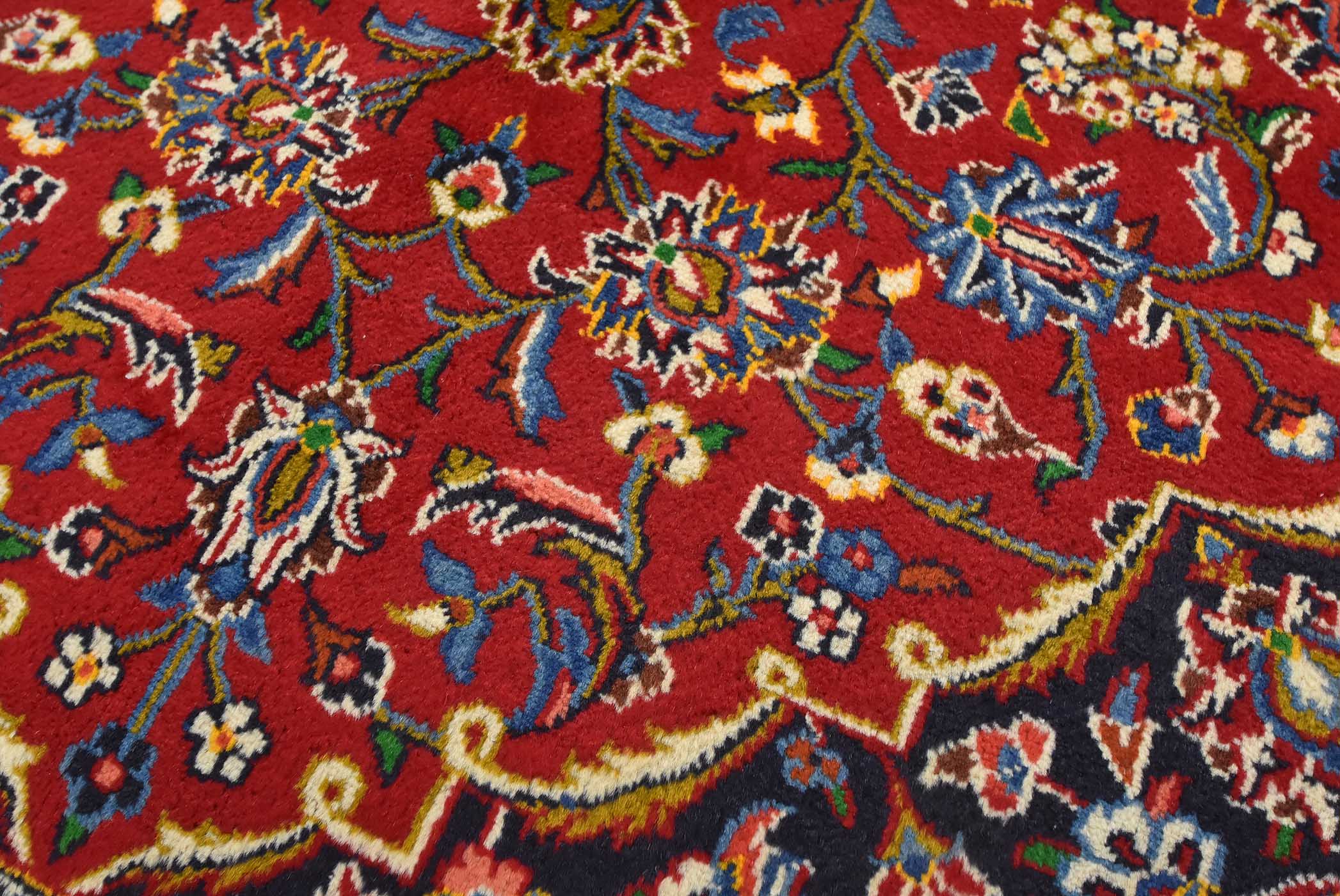 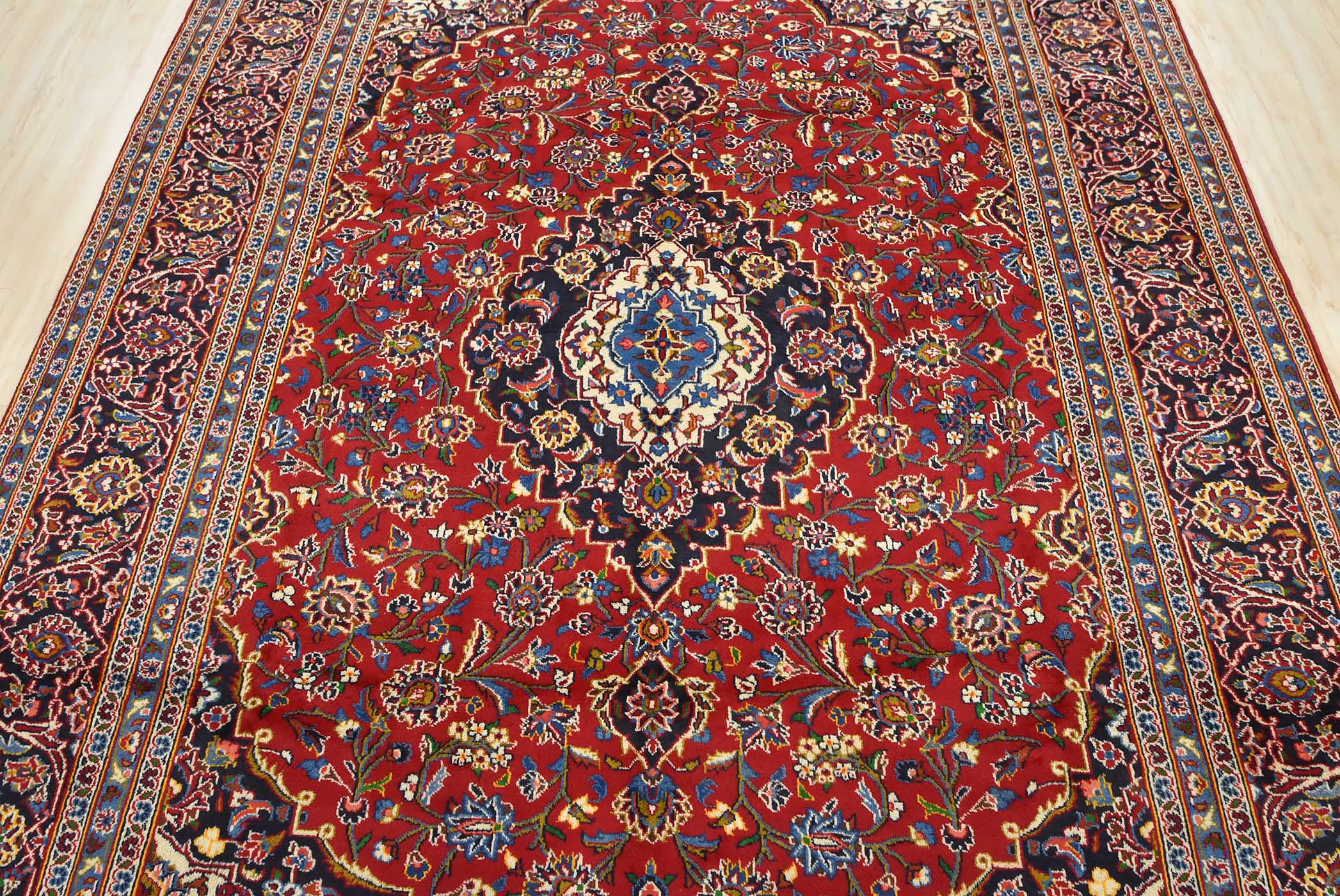 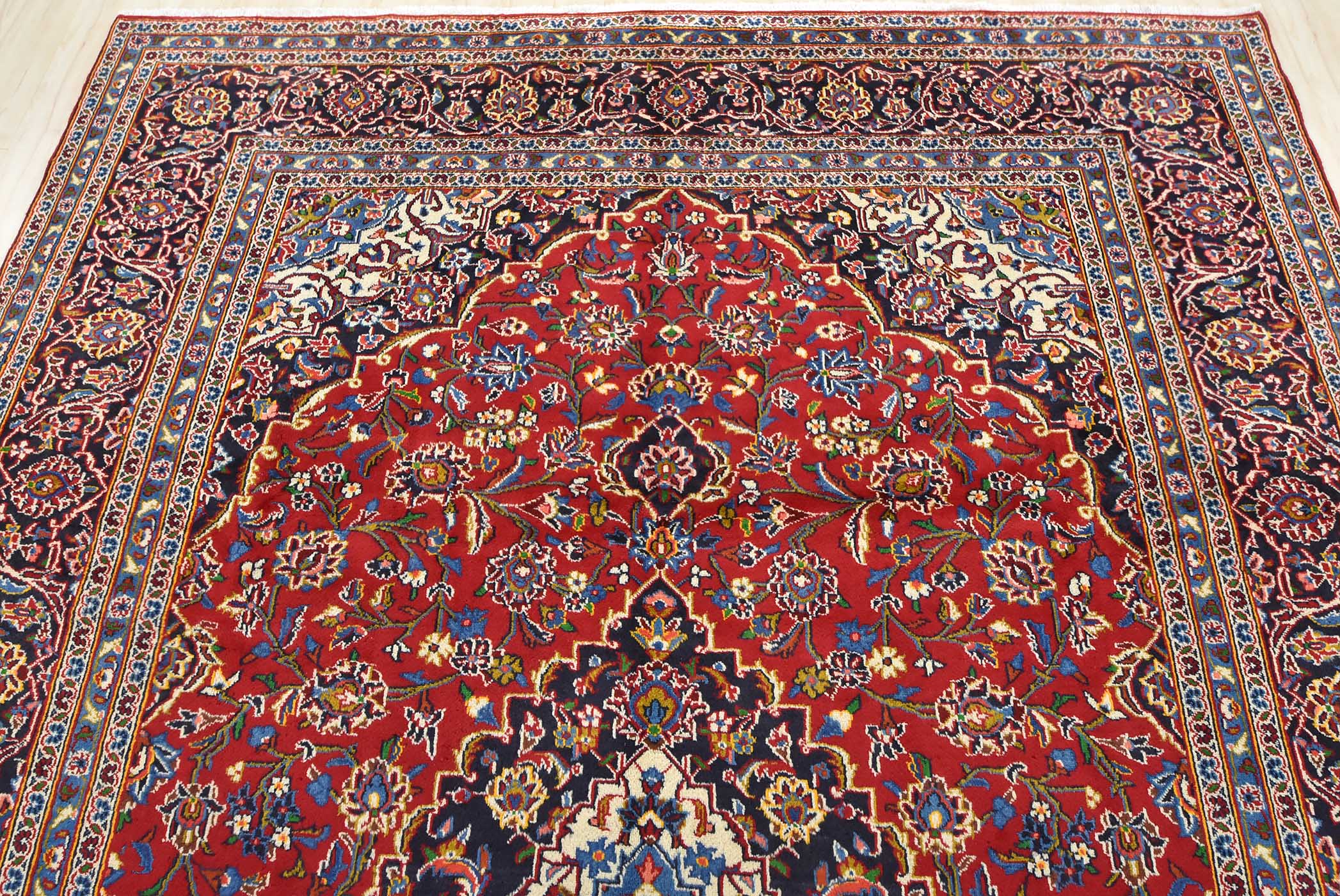 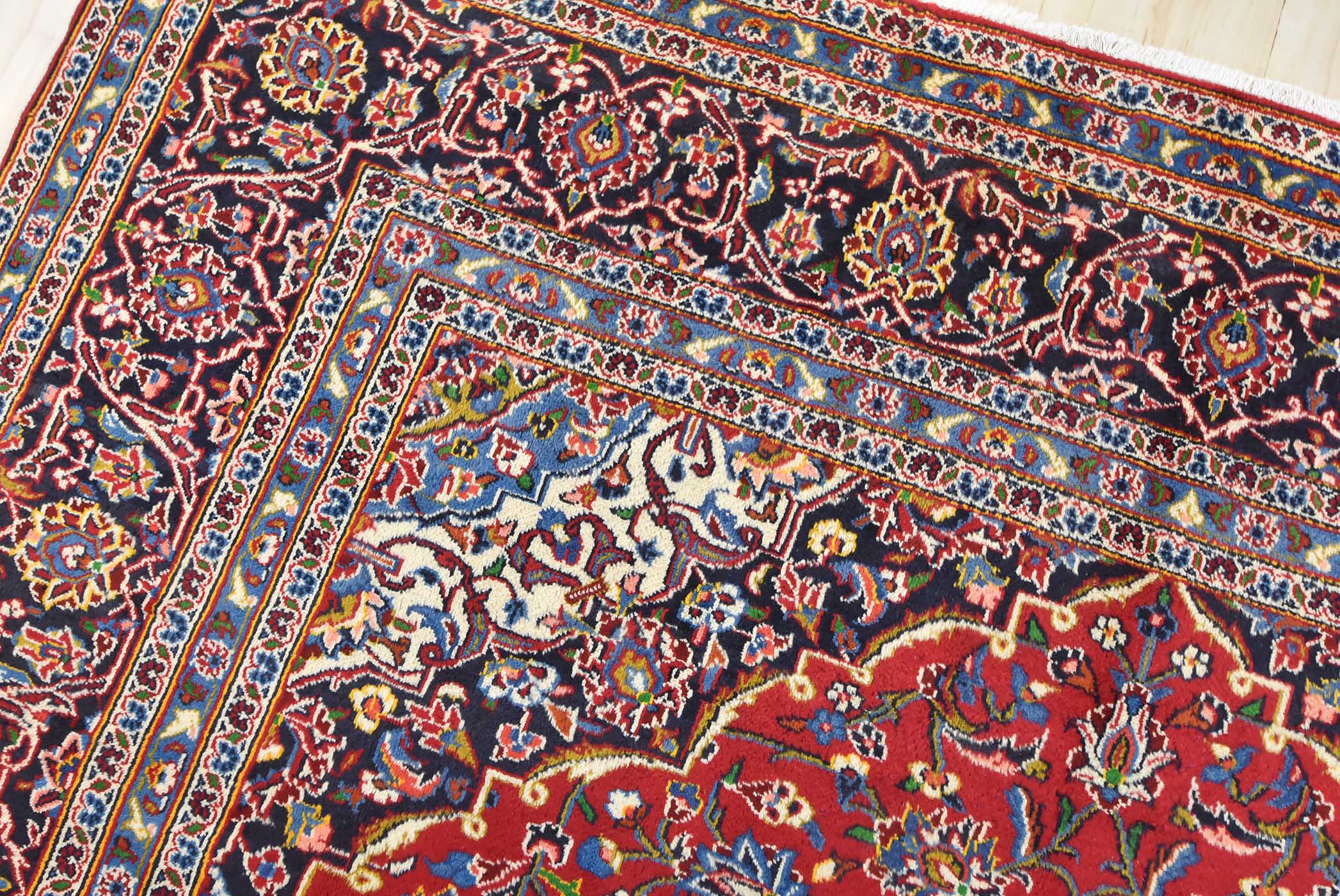 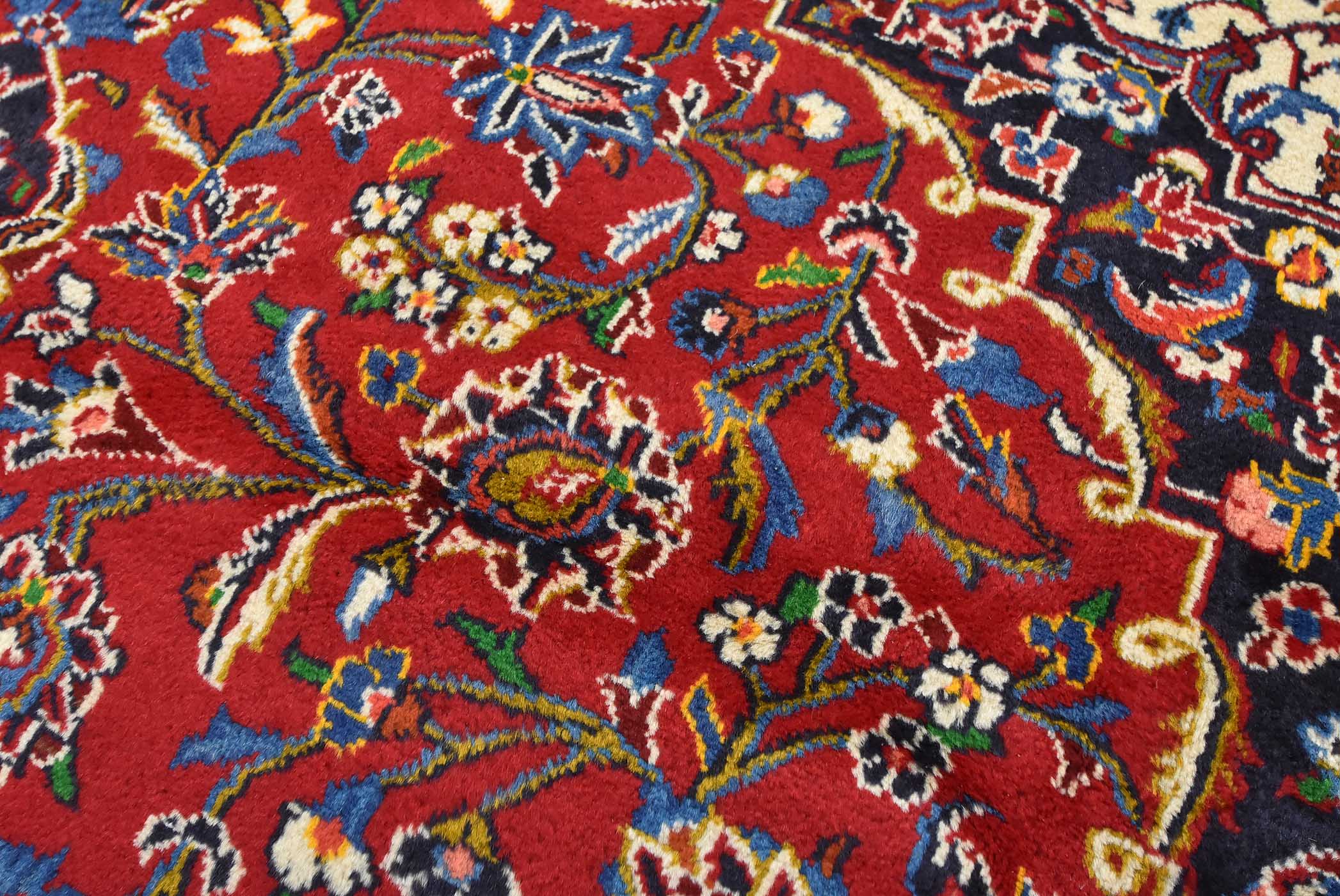 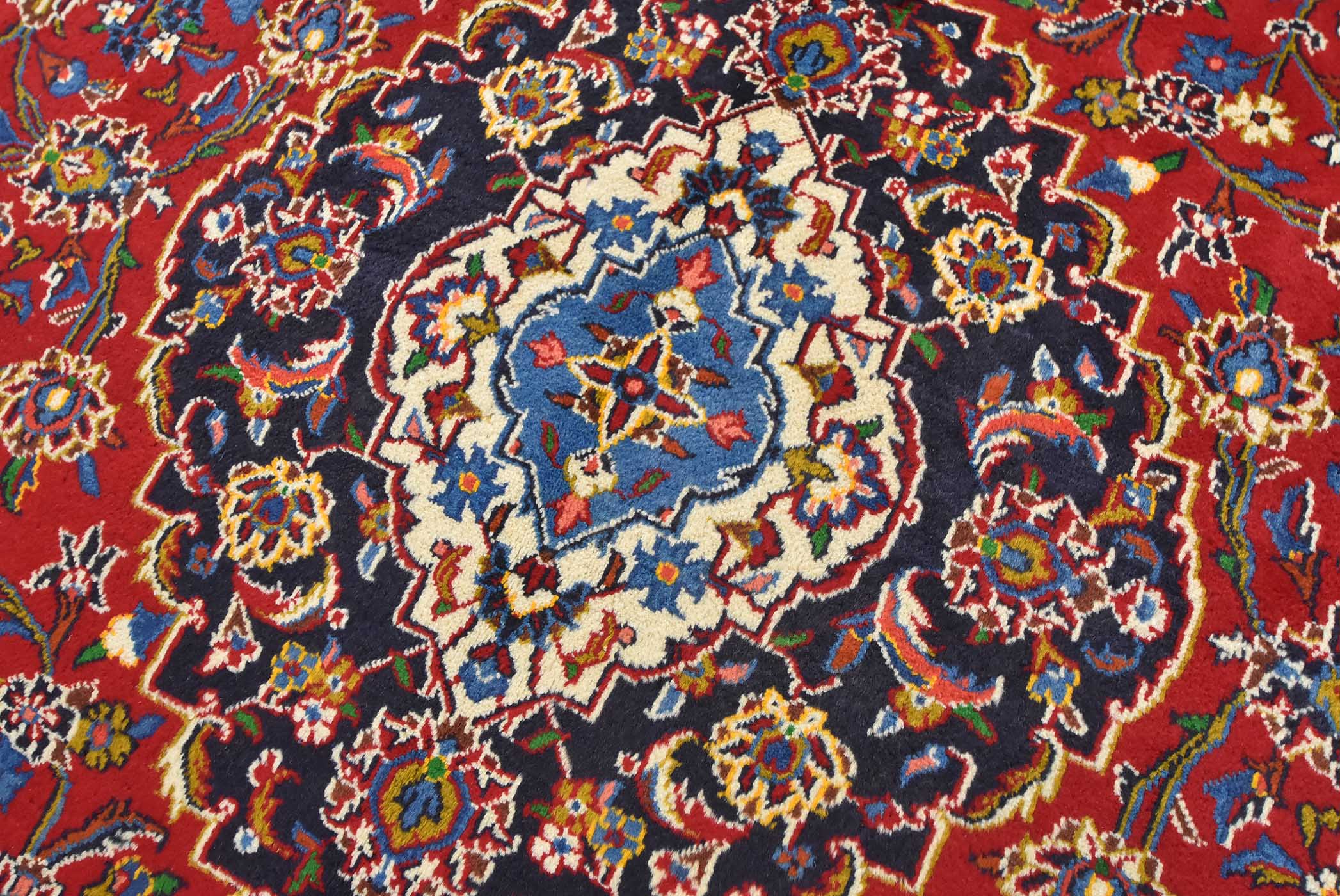 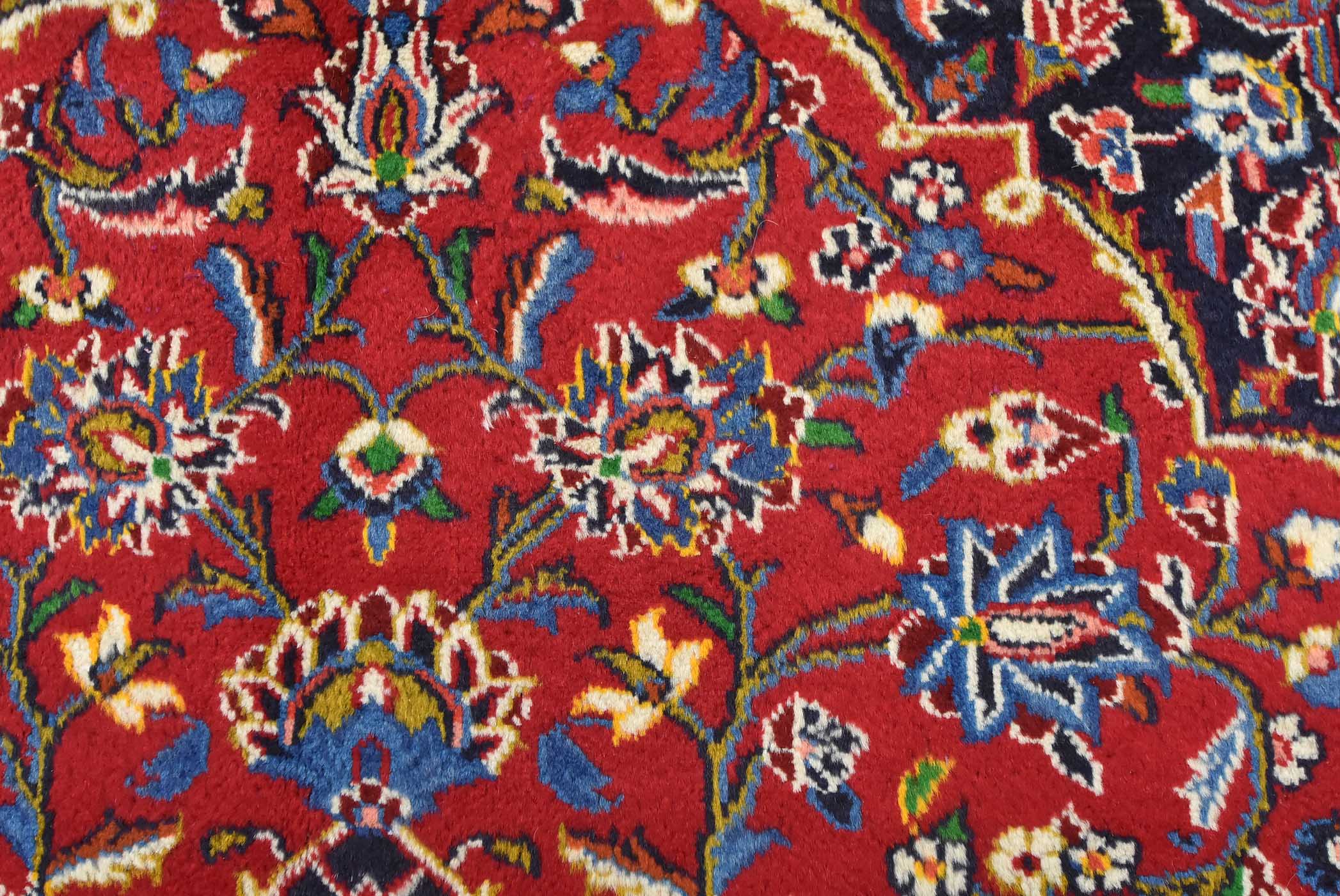 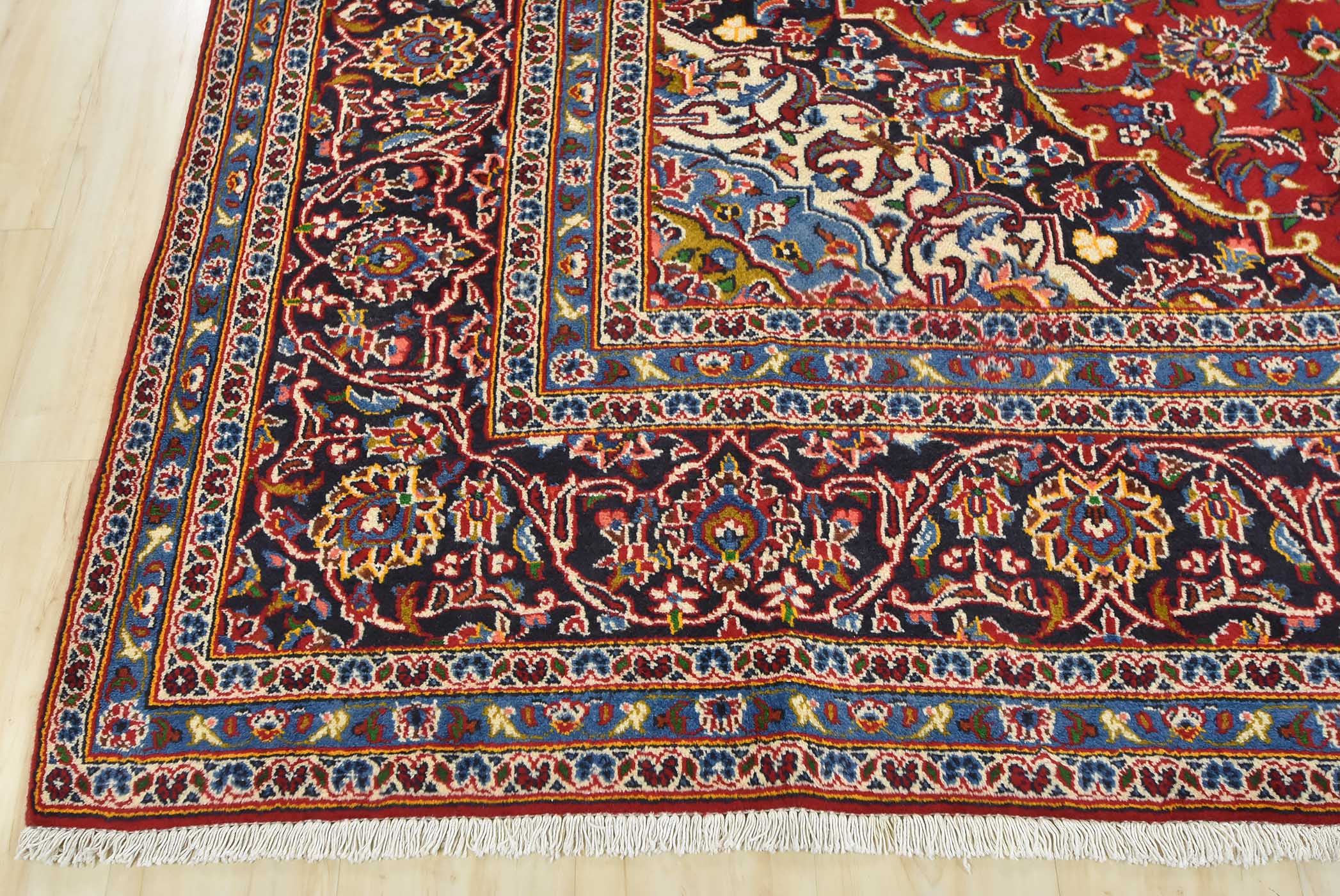 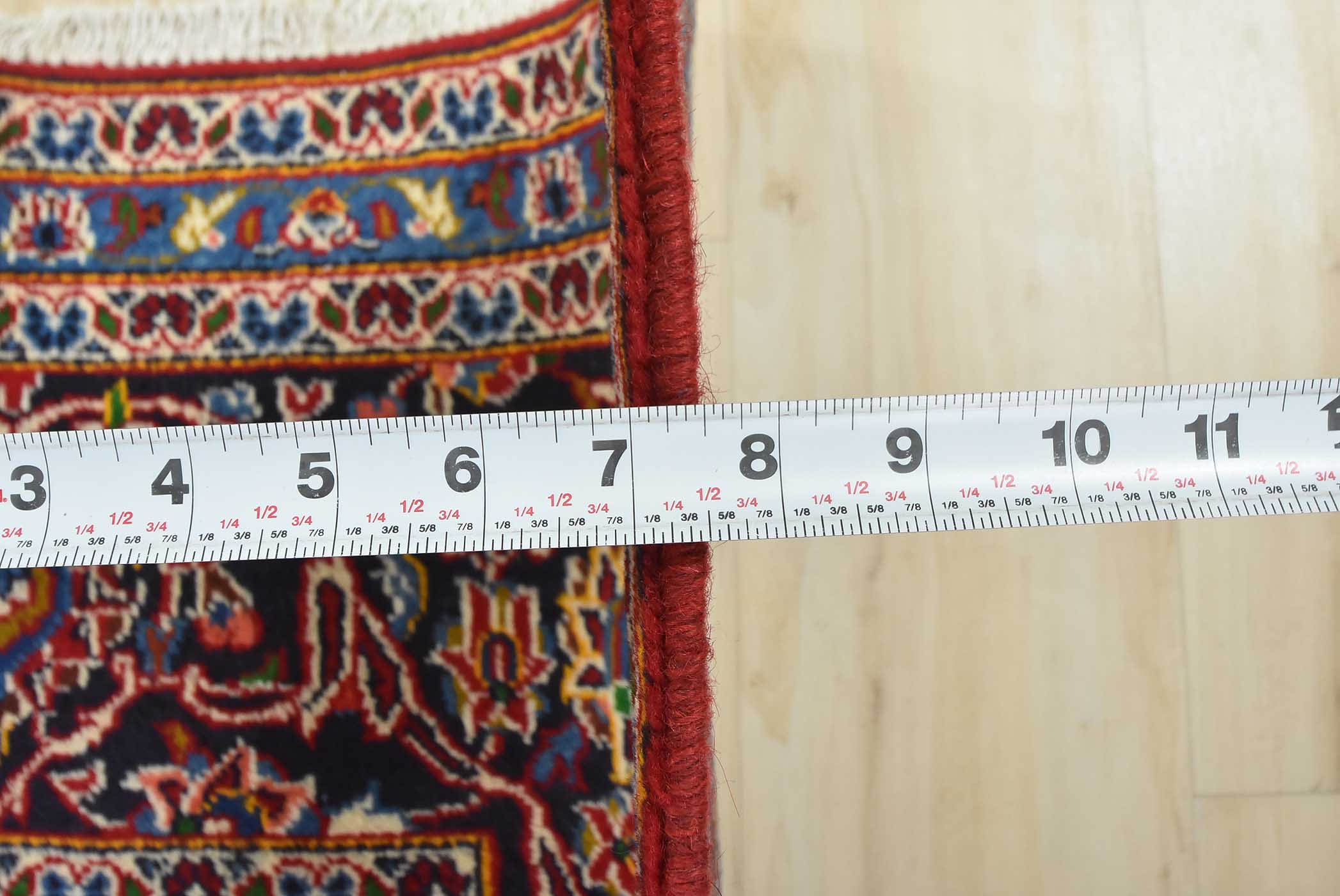 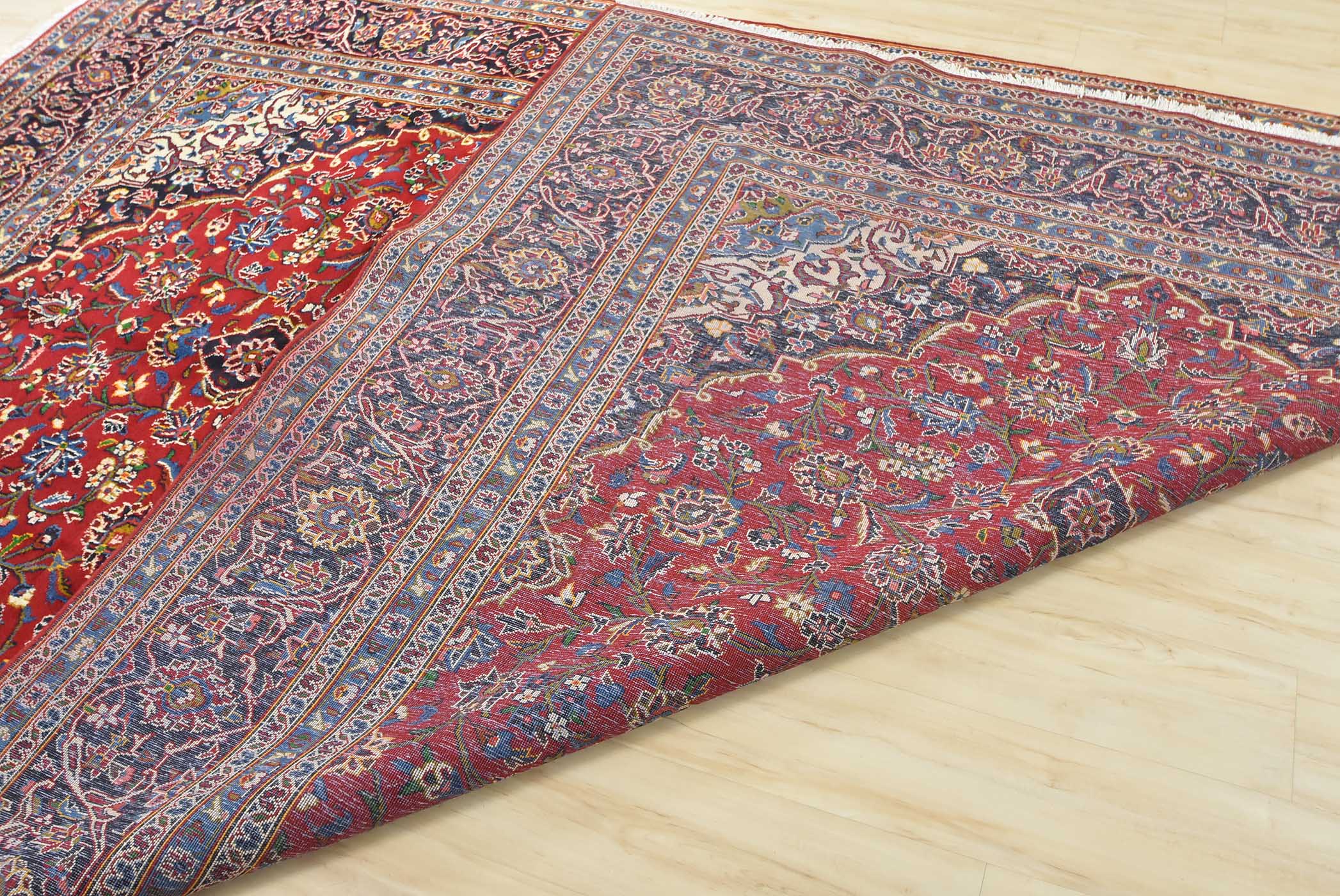 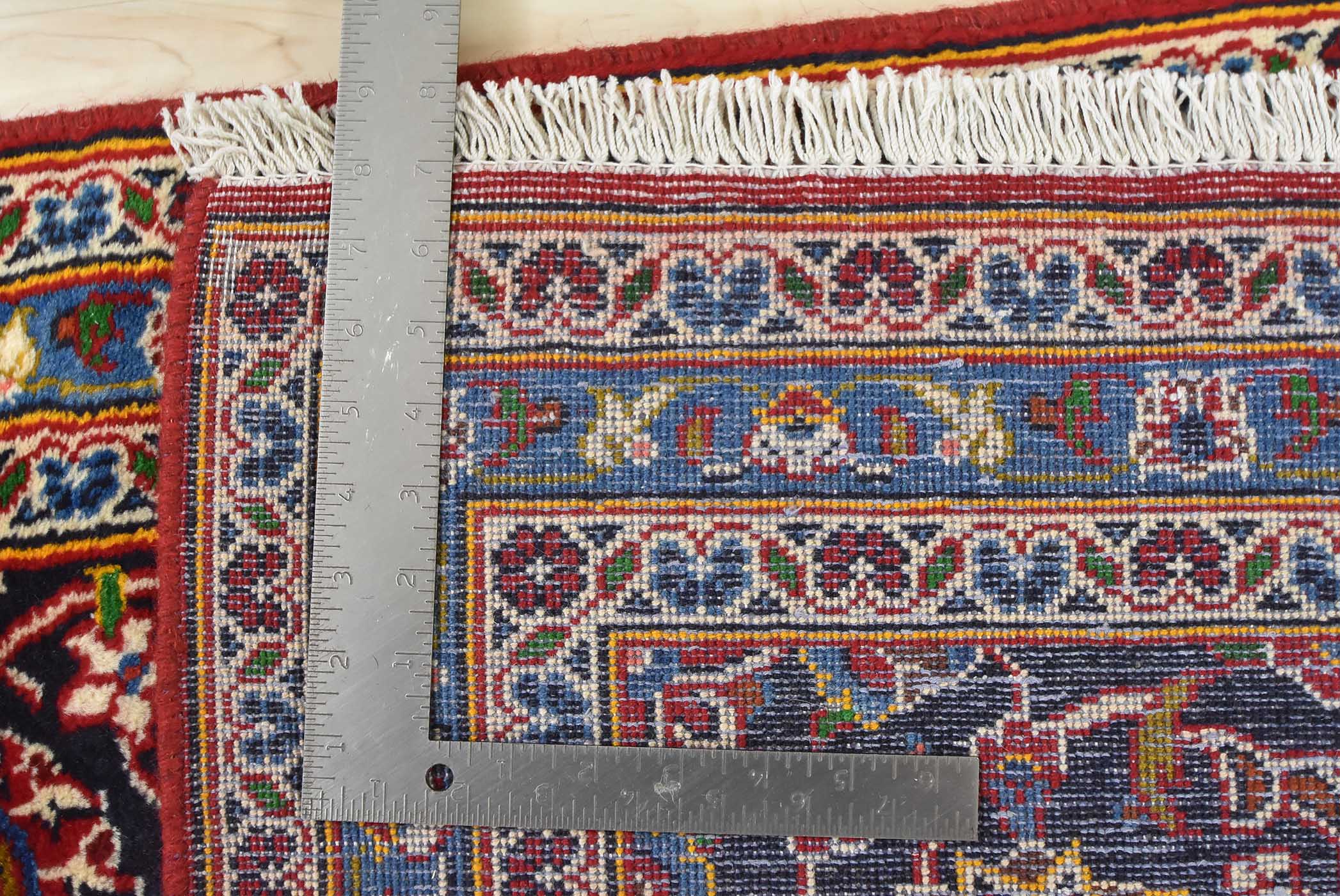 This is an authentic vintage Persian Kashan rug hand-knotted in Persia with an all wool pile on a cotton foundation. There is some very minor wear on the pile, see photos, this rug is in very good condition.

Kashan is a city in Isfahan province, Iran. From the 17th through the 19th century, little is known of Kashan carpets, but with the dawn of the 20th century, there arose a large commercial production of pile carpets in both wool and silk. These new carpets rank among the best Persian products, with some of the most sophisticated designs, consisting of sleek medallions, curving, blossom-laden vine work, and repeats of vases with flowers. The majority of Kashan’s have a similar design with a central medallion and Persian floral motifs forming the pattern, however, as with most regions designs may vary. Popular colors are ivory, green and red with soft greens and blues found in newer rugs. With Kerman and Tabriz, Kashan has been the principal source for the collector of special pieces—personage rugs, symbolic rugs, and ornate prayer rugs—otherwise unusual in Iran. Kashan carpets are asymmetrically knotted on silk or cotton foundations, depending upon the fiber of the pile.